Donald Trump was in U.K airspace when he tweeted about Mayor of London Sadiq Khan: 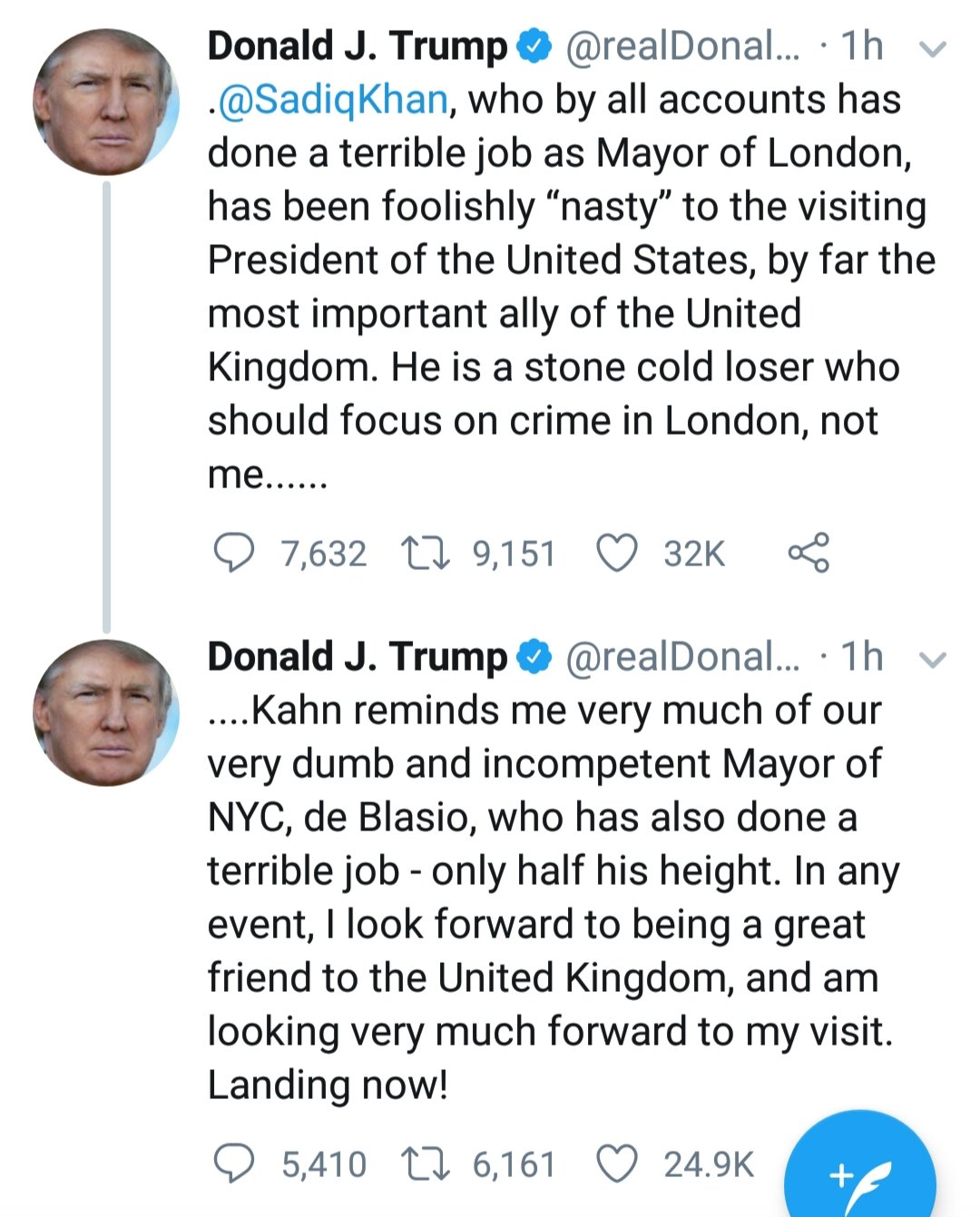 Before President Trump landed, LBC’s Rachael Venables spoke to Jeremy Hunt (who was ready at Stansted to greet the president) regarding the tweets. Jeremy Hunt brushed off the behaviour with standard there-or-thereabouts remarks in a bid for democracy. Hunt sided with Trump stating that: “He” (Trump) “has been shown great discourtesy.”

Donald Trump has previously endorsed Boris Johnson for Prime Minister and Nigel Farage to lead Brexit and has recently offered platitudes on the Queens grand-daughter in-law, Meghan Merkel. Despite this, Trump is due to meet Prime Minister Theresa May and have a reception at Buckingham Palace.

View all posts by blurredlinesuk